Explore the Khumbu Region on a Short Trip

The Khumbu region, also known as the Everest region, is located in northeastern Nepal and is home to the world's highest mountain, Mount Everest. The region is a popular destination for trekkers and climbers, as it offers spectacular views of the Himalayas, including eight of the world's 14 highest peaks. The Khumbu region is also home to the Sherpa people, who have lived in the area for centuries and have a rich cultural heritage.

The Khumbu region is accessible by trekking, and the most popular trek is the Everest Base Camp Trek. This trek takes trekkers through picturesque villages, lush forests, and high-altitude passes, providing a unique glimpse into the lives of the Sherpa people. Along the way, trekkers will also get to experience stunning views of the Himalayas, including Mount Everest, Lhotse, and Nuptse. Additionally, the region is also home to several religious sites, including the Tengboche Monastery, which is the largest Buddhist monastery in the Khumbu region. 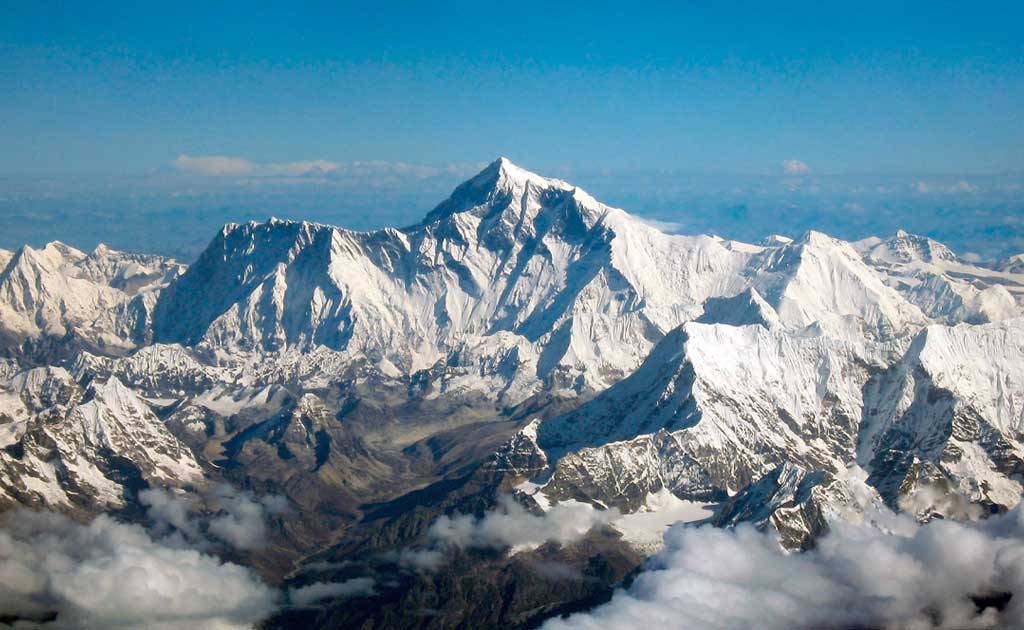 Quick Facts about short trip to Everest base camp

The highlights of the Everest base camp short trek include:

Even though the trek to Everest Base Camp is the most popular in the Everest region. Today, there are many different short treks available to reach base camp. The short trek to Everest Base Camp is a popular trekking route that takes you to the base of the world's highest mountain, Mount Everest. The trek starts and ends in Lukla, a small town located in the Solukhumbu district of Nepal. The trek is considered to be a moderate trek, and it takes around 7-8 days to complete.

To explore the Everest region, Nepal Trek Adventures and Expeditions provides a variety of short trek and tour packages. Short Travel Packages is classified into two categories in terms of route which are given below:

One can pick a trek based on their preferences and enjoy their time in the mountains. All people, including beginners, semi-pros, and professionals, as well as people of all ages, can join in these treks or tours. The best thing about this is that it allows you to admire the Himalayas from both the ground and the air.

The Khumbu region of Nepal is a trekker's paradise, home to the world's highest mountain, Mount Everest. A short trek to Everest Base Camp is the perfect way to experience the stunning beauty of the region while also challenging yourself physically and mentally.

The trek begins in Lukla, a small village that serves as the gateway to the Khumbu region. From here, you will begin your ascent through lush forests and past traditional Sherpa villages. Along the way, you will have the opportunity to experience the local culture and learn about the way of life in the region.

As you make your way higher into the mountains, the scenery becomes more and more breathtaking. You will pass through rhododendron forests, cross glacial rivers and see some of the most incredible mountain views in the world. Along the way, you will also have the opportunity to visit the famous Tengboche Monastery, a sacred site for Tibetan Buddhism.

After reaching the base camp, you will return back to the Lukla via helicopter. The trek is challenging but also incredibly rewarding, and it is a once-in-a-lifetime experience that will stay with you forever.

If you're looking for a short trek that offers a combination of culture, adventure, and natural beauty along with a helicopter ride in the mountains, Everest Base Camp Short trek is a perfect choice. The Khumbu region is truly a magical place, and the trek will be an unforgettable experience that will stay with you forever.

Below are some of the short trek packages offered by Nepal Trek Adventures:

A short tour route to Everest Base Camp is a fantastic way to experience the breathtaking helicopter tour and the spectacular beauty of the world's tallest mountain. The tour will take you on a journey over the Himalayan range, offering stunning views of snow-capped peaks, glaciers, and alpine valleys. The highlight of the tour will be landing at Kala Patthar, where you can witness the majestic Everest up close and take in the spectacular surroundings. The tour is a great way to experience the thrill of the Himalayas without the strenuous trek to the base camp.

In addition to the day tour to EBC, there are other alternative tour packages offered, including helicopter pickup and drop-off services, which allow you to book a helicopter to pick you up from any location in the Everest region after finishing your trip or to drop you off in Lukla and continue your trek from there.

The following list includes a few of the short tour packages offered by Nepal Trek Adventures:

A short helicopter tour route to Everest base camp would typically start by flying from Kathmandu to the Lukla airport, then proceeding to the Syangboche airport where the helicopter would land and provide a stunning view of the surrounding peaks. From there, the helicopter would fly towards Kala Patthar, providing breathtaking views of the world's highest mountain and the Khumbu Glacier. The tour would then land at the Everest base camp, allowing passengers to step out and take in the magnificent surroundings. The return flight would follow the same route back to Kathmandu.

A short helicopter flight to Everest base camp is a once-in-a-lifetime opportunity that provides stunning views of the highest mountain in the world. Being in a helicopter is an adventure in and of itself, and getting to soar over some of the most famous mountains in the world is an experience you won't soon forget. If you don't have much time or have physical restrictions that prevent you from trekking, the tour is an excellent alternative. There is no doubt that the tour is worthwhile.

Khumbu region, often known as the Everest region, itself is a popular destination for all adventure and outdoor enthusiasts. In addition to that, the Khumbu region is home to a number of other attractions, some of which are listed below:

At a height of 5,364 m (17,598 ft), the south side of Everest Base Camp Trek is one of the most well-known trekking routes in the Himalayas. In addition to being visited by hikers, the base camps are simple campsites at the foot of Mount Everest that are used by mountaineers on their ascent and descent. From the base camp, Mount Everest is hidden behind its eastern ridge. But you'll get a great glimpse of the famous Khumbu Icefall. One must make a little climb to Kalapatthar in order to see Mount Everest in all its breathtaking beauty.

The place to go if you want a clear, up-close view of Mount Everest is Kala Patthar. And Kala Patthar, at 5,643 meters, is more than just a vantage point. In reality, Kala Patthar is one of the few places where you can see Mount Everest clearly. The entire mountain range can be seen from Kala Patthar, which is simply spectacular! You can see mountains like Everest, Lhotse, Nuptse, Changtse, Pumori, Ama Dablam, Chumbu, Thamserku, Kangtega, Taboche, and Lobuche.

The Sherpa Culture Museum is established according to traditional Sherpa design and is located in the Everest district's renowned Namche Bazaar. Its one-of-a-kind location is filled with ancient and lost Sherpa artifacts that represent the Sherpa way of life prior to the development of the local travel industry. The home has a family living area on the main floor and a separate family worship chapel. A typical Sherpa family home's ground floor is where the stable for the dairy animals, the yak feces, the wood, and the hello store are located. All visitors that travel to the Everest region for hiking, a campaign, or research purposes can access the museum for a little charge that is collected at the door.

Mount Everest dominates the Sagarmatha National Park in the eastern Nepalese Himalayas. It covers an area of 1,148 km2 in the Solukhumbu District and rises to an altitude of 8,848 m at Mount Everest's summit. In 1976, Sagarmatha Park was established. It was the first national park designated as a Natural World Heritage Site in the nation in 1979. The park is home to several endangered species, including the snow leopard and the lesser panda. The Sherpas' presence at this location, with their own culture, increases its attraction as well.

Gokyo Ri, a peak with a height of 5,357 meters, is located in the Khumbu Himalayas of Nepal. It is situated on the western side of Nepal's greatest glacier, the Ngozumpa, which is also considered to be the largest glacier in the entire Himalayas. Gokyo, one of the highest villages in the world, is a small hamlet of a few stone buildings located at the foot of Gokyo Ri (4,750 m above sea level). Four 8,000-meter peaks: Mount Everest, Lhotse, Makalu, and Cho Oyu can be seen from the top of Gokyo Ri. It is close to the Gokyo Lakes.

On the way to Mount Everest, the Irish Pub is located in Namche Bazar, Nepal, at 3,450 meters above sea level. The pub is an oddly cosmopolitan addition to the peaceful streets of Namche Bazaar, which is home to 1,600 hardy inhabitants and is situated in a horseshoe-shaped basin in the middle of the snow-capped Himalayan mountains. In this pub, one can enjoy any hard or soft drink, delectable food, wifi, and more entertaining activities.

The Himalayan Museum and Sustainability Park (HSMP), a nonprofit organization with its first project, Sagarmatha Next, is located in Syangboche, next to Namche Bazar, on the way to Everest Base Camp. Its goal is to improve people's attitudes toward garbage while supporting regional stakeholders locally by introducing creative and environmentally friendly methods for managing solid waste. It officially began on March 23, 2022. One can stroll around the area and enjoy the artwork, handicrafts, and other items produced there.

In conclusion, exploring the Khumbu Region on a short trip is a once-in-a-lifetime opportunity to witness the beauty of the Himalayas, the culture of the Sherpa people, and the awe-inspiring views of Mount Everest and other surrounding peaks. Whether you are an experienced trekker or a first-time hiker, the Khumbu Region offers something for everyone. With the right preparation and a desire for adventure, you can make the most of your time in this breathtaking region. So pack your bags and embark on a journey of a lifetime to the Khumbu Region.

Manju Mahato is a content and blog writer with over 5 years of experience in the field. She has a passion for creating compelling and engaging content that resonates with readers. Her expertise lies in crafting informative and well-researched articles on a wide range of topics, including health, travel, and technology. She is a skilled communicator and enjoys connecting with her readers through her writing. With a keen eye for detail and a knack for storytelling, she strives to deliver high-quality and informative content that makes a difference.