Everyday fixed departure from Kathmandu to EBC & back.

Langtang Valley Short Trekking enables you to explore through the Langtang National Park - home of the Tibetan looking, people, the Tamangs. Also, this area offers Tamang Heritage Trek. We begin our journey by driving North West of Kathmandu to the mountain village of Dhunche, a major village of the Langtang area. The Langtang region short trek starts from here through the farmland, villages, and forests of Rhododendron, conifer, bamboo, oaks, and pines. Two weeks trek in Langtang valley is more than enough. This trekking is also called a Langtang Short Adventure Trekking.

In the spring forest looks enchanting with flowers all around. After passing this fascinating scenery we follow the narrow gorge of Langtang River until we ascend to the large alpine grassland of Kyanjin Gompa where the glacier meets the meadow. You can see Yaks grazing around with the backdrops of snowy peaks of Langtang Ri, Langtang Lirung, Dorjee Lakpa and many other unnamed mountains around you.

The Langtang valley is aptly called “the valley of glaciers". Here the mountain-scape is spectacular. On either side of the valley, mountains rise, soaring into the sky. The valley offers pine forest, slow moving rivers and swift mountain streams, rugged rock and snow-capped peaks, grassy downs, and meadows strewn with daisies and wild primulas. In the upper part of the valley, there are snow bridges spanning angry torrents, high passes enveloped in mist, tiny lakes with icebergs floating on them and waters of crystalline brightness.

After an early morning breakfast, you will be driven to Syabrubesi, approximately 7 hrs drive by bus will take us to Dhunche from where begins the majestic Langtang Trek. In the evening we prepare for our trek to Langtang.

We reach Wangal after a trek of about an hour from Syabrubensi. From Wangal there is a steep climb to Khanjung village. From there, after half an hour climb a small village called Surka is reached. The climb is steep for an hour through thick forest and from there the trail continues straight but not steep. From here, after a gentle descend for nearly 3 hrs we reach Syarpagoan.

From Syarpagoan, the trail leads to Ghoratabela in five hours. From there, again a short climb for half an hour will bring you to the place from where begins the Langtang valley. Overnight stay in Langtang Valley.

From the pass, after trekking for nearly 3 hrs, Langtang village (3,414m.) is reached. From Langtang, there is a gentle ascent for 4 hrs to Kyanjing Gompa. Overnight in Kyangjing Gompa.

Trek back along the valley to Lama Hotel.

Trek back to Syabrubesi (6 hrs) and overnight in the tea house.

We drive back to Kathmandu (approximately 24 hours) by private bus / van.

Our team guides, porters and accompanying staff are locals with a broad knowledge about each and every location that we travel through. 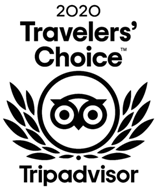